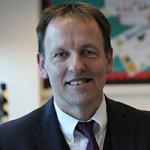 David is an experienced Chief Executive with over 35 years in education.  He has been a Director of Education and Childrens Services, and an Executive Headteacher on several occasions.  He has been described by Ofsted as a "Outstanding Headteacher".

Professionally qualified as a chartered accountant Ros has over 25 years Finance and Governance experience in the private, public and charity sector. She has worked as a Finance Director with an international charity for 20 years. She served as a non-executive director in the NHS in Oxfordshire for 8 years, with roles including Children's champion and Chair of the Audit Committee.

James has worked in education for nearly twenty five years. He initially worked as a Medical Education specialist within a large teaching hospital and medical school, this included managing Welsh Assembly projects to develop postgraduate medical education across Wales. He retrained as a primary teacher and has worked in a number of roles across all primary age ranges – including senior leadership within two primary schools. James worked in an advisory role for a local authority before joining Oxford Brookes University as a teacher trainer and educational researcher specialising in learning technologies. Since 2014 he has combined work at Oxford Brookes with being School Improvement Officer within the EPA. James has also been Chair of Governors of one of the EPA schools. He was appointed as a skills director on the EPA board.

Frances has worked in finance in the education field for 20 years, and previous to this 10 years working for a bank.

Jenny has worked in school administration and finance for 28 years, in both secondary and primary schools.  For the last 17 years she worked in Hanborough Manor CE School as School Business Manager.

Andrea has worked in administration in the EPA for four years based at Eynsham Community Primary School.  She has a further 12 years experience working in the public sector for local authorities and a housing association.

Sarah has worked in finance for 16 years doing the accounting for her own family business.  In 2013 she started work at Stanton Harcourt CE Primary School as an Assistant Administrator taking on some of the finance responsibilities and more recently attendance before joining the EPA Central Team.

Hannah has worked in school finance for over 2 years. Previous to this she worked in Publishing and other administrative roles.

Tracy has worked within an office environment for over 20 years in many different fields dealing with Payroll among other aspects of administration.

Fiona is an experienced PA and senior administrator and has worked in the education, private and public sectors for both large and small organisations.